Students at Romoland Elementary School in Menifee should soon have a safer route to school thanks to a grant from the California Department of Transportation.

The Menifee City Council last month authorized the design as well as sidewalk construction, and the installation of curbs and gutters on Antelope Road north of the school and east on Watson Road to Trade Winds Drive.

Called Safe Routes to School, the state program has granted $411,000 to the city for road improvements. Under terms of the grant, the city is required to kick in an additional $46,000 to help pay for the project.

Romoland Elementary Principal Troy Cox was happy about the news.
"I travel that route to school every day and it could use some work," Cox said. "Sidewalks anywhere around our school make a big difference and are a welcome addition."

Menifee City Engineer Don Allison said work could begin on the Romoland Elementary project in early 2011. He said rights-of-way will have to be obtained from three property owners along the proposed construction route, which measures about a mile.

"The only surface there now is dirt, so when it rains those kids are buried in mud," Allison said.

Menifee Councilman Scott Mann, who helped write the Safe Routes to School grant proposal, said the award from Caltrans marks a milestone in the city's two-year history: It's the first grant awarded to the city.

In all, 48 grants were awarded to cities across the state.
"It's really good to win one," Mann said. "It's nice to have because we need the infrastructure."

The councilman said grant proposals were written separately for two projects ---- one being Romoland Elementary and the other for a combination of Menifee Middle School and nearby Menifee Elementary School in the southwest part of the city. The city was seeking about $800,000 for that project.

Menifee Middle and Menifee Elementary often have drainage problems when it rains, Mann said. He added that proposal will be submitted again to Caltrans.

Menifee is the only Southwest County city to have been awarded a Safe Routes to School grant in the current cycle of the program. Wildomar received a similar grant for $403,000 in 2008-09.
at 10:46:00 PM No comments:

Check out Tim Moyer's new video, it has a great message to all the people who preach one thing and do another.

This is from our performance on Friday 10/22/2010. Check out our website http://www.keenwild.com - you can also buy tickets to our show on Oct 29 2010 at http://tickets.temeculatheater.org 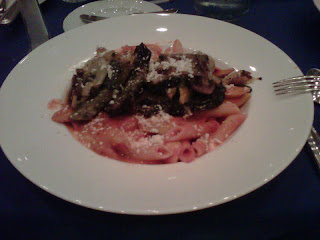 I do enjoy a tasty meal, and this is a good one! All of the meat eaters are coveting my #Vegetarian grub. Hands off folks!
:) 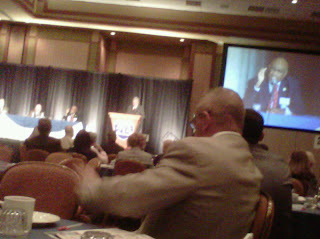 I am at the I-215 economic summit at Pechanga in Temecula California. I am posting live updates at my twitter http://www.twitter.com/BillGould - hope you follow the summit via my account.

Hello,
Here is a very cool item you all should read. Thanks Pat!
Bill
From: Pat Comerchero To: Bill Gould Subject: Pennypickle's Workshop helping The Cancer Kids Importance: High
Greetings, everyone --
Pennypickle's Workshop, the Temecula Children's Museum, is going to be a drop-off point for people donating Halloween costumes to "The Cancer Kids", who are sponsored by a non-profit organization called Discovery Arts, founded by entertainment industry professionals who try to use the healing power of the arts to comfort children who have cancer and life threatening illnesses.
These costumes are given to each child who enters one of six hospitals in the Southern California area to receive treatment. They don't wear them only on Halloween. The children become very attached to their costumes and they are a great source of fantasy for them when their lives are disrupted by the unthinkable.
Here is a quote from Discovery Arts: "If any of you happen to be out 'Costume Shopping' for Halloween... keep us in mind. We give our children a brand new costume each and every time they are in the hospital. They LOVE them... they sleep in them, they do shows in them and we even had one of our patients arrive in an ambulance at the hospital dressed in her Cinderella costume!! The girls love to be pretty princesses and the boys love to be strong superheroes... Spread the word if you can. Thank you!!!"
So I'm asking you to consider donating a costume (any child's size) and bring it to Pennypickle's Workshop BEFORE Oct. 27. You will be making a little one very happy. Also, please forward this email to your warm hearted friends! If you have any questions, you can contact me at this email address.
Thank you for your generosity,
Pat
Pat Comerchero
President, Friends of the Temecula Children's Museum
www.pennypickles.org
No virus found in this incoming message.
Checked by AVG - www.avg.com
Version: 9.0.862 / Virus Database: 271.1.1/3192 - Release Date: 10/11/10 23:34:00
at 1:27:00 PM No comments:

I just got this in my inbox a few minutes ago, things are getting ugly out there on the campaign trail. Be nice kids! J

The far left progressive liberal commies from Moveon.org are planning a protest/news conference at the Palm Springs headquarters against Carly Fiorina. We need at least 75 to 100 Conservatives to show up at 11:30 to show the wackout left that we are going to fight for our country. Please show up, we need to take back our Country and not be intimidated by these thugs. Don't think someone else will show up, we need YOU. I will be out front with a constitution in one hand and a Carly yard sign in the other, PLEASE help and join me Tuesday at 11:30 am to fight back. Please call or email this to you fellow conservatives and ask them to help.

I was interviewed today outside of Menifee City Hall for a breaking news story about sexual predators who live in the Sun City neighborhood of the City of Menifee. The Menifee Public Safety Committee has given direction to city staff to bring back a city ordinance to present to the entire Council a workable and enforceable ordinance regarding sexual predators. I have asked the author of “Jessica’s Law” to assist the City Attorney write the city ordinance. Please click on the attached link from Channel 7 KABC News today.

We have a lot of beautiful items for sale, furniture, bookcases, dining sets and much, much more. Please come out check it out, all fund raised will be going to Temecula Valley People Helping People - Thanksgiving & Christmas Programs.

TVPHP - Temecula Valley People Helping People is also having parking event as well at the same location for people coming to the Temecula Ron Run for Friday and Sat. Friday from 10am to close and Sat 6am to 6pm and we will be charging a donation fee of $5.00 for cars and trucks, RV's $10.00 and overnight RV's $20.00. We have fenced/gated property area that will hold couple hundred vehicles.

With every parking donation, you will also receive a Rewards ticket to win one of the "Great New Gifts" that we for drawing every 15 days. The next drawing is 10/16/2010 and you can check this out on TVPHP web site(

www.tvphp.org). The last winners won a New Womans Diamondback Bycycle and the other prize was a Sony DVD Player. The Rewards Program is to help replace "Budget Cut and Grants" cut this year. TVPHP is looking for new way to help pay for the 10,000 plus -  children, seniors and families for the 2010 "Care to Share Holiday Programs. Please help support us and these 10,000 plus -  children, seniors and families for the 2010.

www.tvphp.org) has a PayPal account attached to it, so donation can be made and for every $1.00 donated you will receive a ticket back through from TVPHP for the Rewards Program drawing. Remember every dollar count and adds up. Donation can also be mailed in as well at the new address below.

Both locations are at

I'm sure by now you've all heard the news about the unacceptable and disgraceful slur that Jerry Brown and his aides got caught calling Meg. The truth is, character is what you do and say when no one is looking or listening.

Meg could be California's first woman governor, yet Jerry Brown and his inner circle choose instead to disparage her character and abilities.

Meg is a wife, a mother, and one of the world's most successful business leaders. This action is insulting and insensitive to Meg and to the women of California. I wonder - and so should you - is Jerry Brown fit to lead the nation's largest state? Californians deserve better. That is why from day one of her campaign for Governor, Meg has been offering real answers to our serious problems - a comprehensive and achievable plan to create jobs, cut wasteful government spending and fix the state's education system.

Please join me in helping fight back for Meg! Please make certain you cast your vote for Meg and help elect a true leader as California's Governor on November 2nd.Please contact MEGaWomen Director Courtney Johnson here for more information on how you can help in the final push before Election Day.

Working together, we can build A New California!

Here is another update for the sports families out there!

All fields in the City of Murrieta (Community Services and School District) have been reopened starting today, Thursday
October 7th 2010. All lights will be turned on as requested. Please remember to direct all of your participants to the rain
hotline number 951.461.6101. Thank you for your cooperation yesterday as the fields were closed. Please be aware of any
wet spots some fields may have.

Have a great day.

CANCELLED - Southwest Walk A Mile - come to the Riverside Event!

Here is an update on an important topic. If you have the time come out and support!

Sent on the Sprint® Now Network from my BlackBerry®

Good morning!  Sadly, the weather is not cooperating with us and the venue for our

However, I would like to encourage you to attend tomorrow’s event in Riverside. We we will be launching our countywide billboard campaign designed to promote the National Domestic Violence Hotline and raise awareness as to the diverse faces and impact of domestic violence in our community.

The event will be held in downtown Riverside

Thank you all in advance!

Here is some useful info for you!

Due to the amount of rain we have received this week all fields will be CLOSED today
Wednesday, October 6th 2010. The fields will be reevaluated tomorrow you will be notified of any additional closures.
Please be sure all members of your organization follow these closures. Any teams or individuals caught using the fields while
they are closed could be issued a citation. Thank you for your cooperation.

As always feel free to call the rain out hotline to hear field status updates. 461.6101.

Have a great day.