Guest Editorial: Medical Marijuana is a blessing, don't take it away

The following post is a guest editorial from Paul B in Temecula Ca:

I'd like those of you who really know me and understand my condition to do me a favor. The county of Riverside has recently closed the medical marijuana dispensaries in the un-incorperated land outside of Temecula and Murrieta.

FROM VICTIM TO VERDICT – FINALE 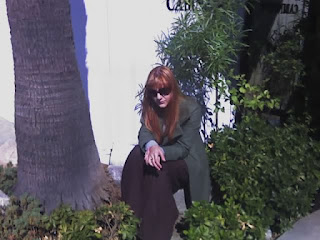 French Valley, CA – Today marked the closing of the saddest chapter in Temecula history since the Native Americans here were thrown off their ancestral land two centuries ago. The killer of Elizabeth ‘Bipsy’ Amirian, one of the valley’s most gifted artists, was officially handed his sentence to begin serving immediately with 1079 days credit.

The murdered singer/songwriter/graphic artist was genuinely loved by everyone who knew and met her, both inside and out of Christian circles, save one. Though unconventionally Christian and a Messianic Jew, Bipsy could hold her own in any type of conversation, something that Paul Bahou, political writer for Smash Magazine, found out the hard way. Simply put, she was the last Bipsy.
CLICK to read more»
at 9:32:00 PM 9 comments:

THE QUESTION IS NO LONGER IF, BUT WHY
Temecula, CA – As Shakespeare once said, “Something is rotten in Denmark Happy Valley.” As I continue to follow this ongoing story feeling like there is another shoe to drop, the Penn State stories (MSN), this time the one about the Nike founder delivering Joe Paterno remarks to a standing ovation, once again have no comments sectioned after the story which smacks of censorship since every other sports story there does. This isn’t the first time, but a diligent reporter digs until he finds the truth. For those interested here is the link to 747 pages of hidden comments followed by a link to what those in sports writing think (see Did Jerry Sandusky Have A Fetish For Brown Sugar, most recent TemCal archive section).
CLICK to read more»
at 7:26:00 PM No comments:

A small plane crashed in hemet california today near the corner of warren road and simpson road. The plane crashed in a field where workers were nearby picking vegetables. The incident was reported at 12 noon today, it is unknown whether  there are any injuries. More information will be posted later. 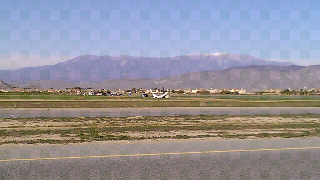 Menifee: Man shoots girlfriend, calls police to tell them about it


On January 24, 2012, at 10:18 P.M., officers from the Menifee Police Department responded to a residence in the 25700 block of Bundy Canyon Road, Menifee, regarding a shooting.

Adam Starkey, a 31-year-old male and resident of Menifee, called stating he had just shot his 38-year-old girlfriend. Officers arrived and detained Starkey in the front yard of his residence. Officers entered the residence and located a deceased female suffering from a gunshot wound.
CLICK to read more»
at 6:57:00 PM No comments:

RIVERSIDE’S LEGENDARY SINGER DIES AT 73
Temecula, CA – Last Friday while I was in Santa Ana at the latest Occupy protest (see The System Isn’t Broken, It’s Fixed), legendary singer Etta James ‘left the building’ in the Riverside hospital where she was a patient. I knew her health was declining but I was touched, like many, to learn she passed. Though her ‘lonely days are over and (her) life is like a song’, her signature hit, At Last, was the start of my love affair with music. I thought I would relate the tie-in out of respect for a great singer I had the pleasure of seeing live in a dusty bar around the corner from where I once lived.
CLICK to read more»
at 5:03:00 PM No comments:

TEMECULA: Teacher suspected of being drunk

Amazingly, a teacher in Temecula was arrested today, at the school - for being drunk. Read the story here: http://bit.ly/yRHPGd

Temecula City Council gave their support to a benefit concert for an injured US Marine, good move council!
TEMECULA: Council backs star's fundraising concert for Marine
at 8:28:00 AM No comments:

FROM THE DESK OF THE “FUGITIVE” COMMISSIONER
Hello Football Fans,
There are only 4 bowl games remaining this year, including the championship game next Monday. It's really the SEC rematch, more inbreeding and avoidance of playing against outside formidable opponents. Whatever. Check out "Black Monday" activity also,
Enjoy,
The Fugitive Commissioner of the FFHL
SHOCKER OF THE WEEK
“Black Monday” (see details below) was three days ago, but San Diego Chargers’ Coach Norv Turner and GM AJ Smith will retain their jobs for 2012. Mind-boggling! Bolt fans must be unhappy right now. They missed the playoffs again even with an AFC West division title ripe for picking, had a six-game losing streak in the middle of the year (coming off their “bye” week), and when they really needed a victory to stay in the playoff race in Detroit (Week #16), the Chargers lost 38-10. 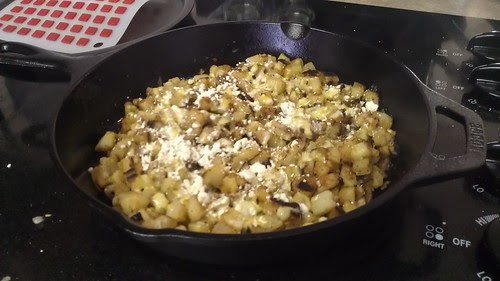 iron skillet fried potatoes with shallots and fetta cheese, a photo by billgould on Flickr.

A water park in Temecula - for real this time?

Plans were approved for the proposed water park in Temecula again. This version is on the acreage off of Diaz road in the industrial / office park area of western Temecula. For the sake of local kids and families - not to mention the workforce - lets hope this is for real this time.

I know there has been a lot of people against this project for various reasons in the past, however now is a great time for a job generator to help impact the area positively. On a side note, I would love to see some stability in Menifee's leadership, so businesses owners feel comfortable investing there and not just in Temecula.

You can read more from the Californian.com website: http://www.nctimes.com/news/local/temecula/temecula-water-park-plans-approved-again/article_0c03bcc2-015a-5aff-be7a-c49ddfecd43a.html
at 11:51:00 PM No comments:

January 2012: Beginning a new year of Music and Art in Menifee

(This article will appear in the January 2012 edition of Menifee Buzz, a monthly newspaper)
Every ‘new year’ starts out with big ideas and this year isno different. Many local residents will be making lofty goals for the New Yearto better their life. Our fair town of Menifee will be having a landmark‘by-district’ City Council and Mayoral election. The city should be finalizinga General Plan that will hopefully attract business and jobs to Menifee.
One local resident, Milton Chavez has big goals for hispersonal and business life. An artist from a young age, Chavez, 31, grew up inMenifee, living here since 1987. After attending Paloma Valley High School, themajority of his professional life Chavez has been forced to commute to worklike many local residents. After years of saving, he made the choice last yearto start the process of opening a business here in Menifee.
Most of us can relate to commuting to work, and would loveto eliminate that from our lives so more time could be spent with the kids. Withthree kids Milton Chavez is certainly no different, commuting to Oceansideeveryday for work. According to Chavez, after contacting the City of Menifeeand going thru various departments he was told there was only one place for hisbusiness, the Newport Commons at 27174 Newport Road, Suite B.
After making payments and going thru the proper proceduresas requested he was then notified that his proposed business, a high endprofessional tattoo studio to be known as ‘Chavez Tattoo Studio’ was 913 feetfrom a worship facility located around the corner, 87 feet too close than thecurrent law of 1000 feet. Due to the issue, a Public Hearing has been scheduledat Menifee City Hall on January 10 2012 at 7pm to allow for a variance. You canvisit http://tinyurl.com/ChavezTattoo for all thelegal info from the City of Menifee.
I support local residents opening local businesses,including this one. There are a lot of good people in Menifee with tattoos who workhard, love their kids and go to church just the same as folks who don’t havethem. In addition to that, the plain dollar and cents of it is that someonegoing to get a tattoo will also being buying gas, food, soda or coffee on theway there and back and if we can keep that tax money local, we can help tobuild a stronger local community.
On another note, musically speaking, my good friend TimRaether of the band Universal Trap told me about an upcoming show here inMenifee for fans of awesome rock n roll. Menifee musicians ‘Universal Trap’ areplaying Pink Floyd's 'Dark Side of the Moon' in its entirety, along with a setof original songs, Friday January 27th 2012 at the Pit Stop Pub 26900 NewportRd, Menifee, CA 92584. The show starts at 9pm, you need to be 21+, and it’sFree. San Diego's Audio Addiction is opening the show.
The writer, Bill Gould, is a licensed property managementspecialist, entertainment promoter and former Romoland School Board trustee.Visit his blog at BillandJeney.com, on twitter @BillGould, onfacebook.com/williamjamesgould, email bill@fullvalue.us or call about rental homesat 951-704-2743.
at 7:45:00 PM No comments:

Happy New Year to all the world, and you too

Life presents challenges; its how you face them that proves what your made of. May the year 2012 provide you challenges that inspire your heart and expand your mind. Happy New Year.
- Bill
at 11:59:00 PM No comments: