Temecula, CA – It isn’t often that someone is killed around here in Temecula, Murrieta, or Fallbrook. When
something like this happens everyone is shocked, however when the person killed is a musician loved and respected by the total local community, the tragedy takes on a whole new ripple. Last Friday night person or persons unknown, bound and gagged beloved musician Larry Robinson, then beat him savagely during a store robbery. On Saturday the 64-year old Robinson succumbed to his injuries.

Tonight at Sorrel Restaurant/Bistro, 41377 Margarita Rd, 7-11:30 p.m. [Wednesday, March 27], an open mic is planned to help the Robinson family with expenses. Robinson hosted the open mic nights there for two and a half years.
You can read about Larry here and here, in case you missed the news.
CLICK to read more»
at 12:03:00 PM No comments:

TOM’S LETTER TO GEORGE, DICK AND OTHERS


SOMEONE WHO DIDN’T RUN THE MARATHON, AND WON’T EVER 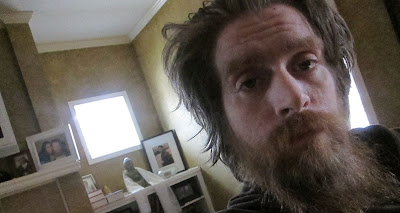 FROM TURF TO SURF – THE LA MARATHON

Echo Park, LA – The story thus far; on a weekend trip to LA specifically to attend Mike Jasoka’s comic book release party for That Bike, I have tasted great neighborhood pizza, picked up a new Memoirs reader, partied briefly with my neighborhood hipsters, and re-upped my 420 goodies. Now, on a St. Patrick’s Day Sunday, the LA Marathon is running less than a hundred feet from my adopted door. I set my phone for 6:30 AM and hit the sack, snuggling up to the foot-warmer commonly known as H.P. Lovecat, a 20 lb. Morris tabby, on my borrowed couch.

The five hours later seemed more like 30 minutes but I got my act together and was out the door by 6:45AM, recalling an earlier conversation about the lights over at Dodger Stadium. Turned out the lights indicated a celebration dedicating the LA Marathon which would start at the stadium shortly. The race from the Dodger turf would include an early start for amputees entered into the event, and would run 26.2 miles to the ocean surf at Santa Monica, the fabled end of Route 66.
CLICK to read more»
at 11:32:00 AM No comments:

LIGHTS OUT FOR CLUB DING-A-LING


THE BIKE PROM OF MICHAEL JASORKA

Temecula, CA – Often in some of my early stories about the music scene here, I talked of feeling a relationship, a mystical connection, to the land area known as Murrieta. Even now though I don’t still live in the city limits, I still have a Murrieta zip code. So I know a territorial smooze when I feel one as Murrieta was the first. It appears that my participation in Occupy LA opened the doorway to another area smooze, this time it’s the big city.
Now I know you can say, “of course LA is magnetic, like New York” so allow me to relate a simple tale of how the magic of LA is working its ‘smooze’ to enhance my infatuation for the big city. This is the first of two parts. Stay tuned for the second installment called From Turf To Surf, The LA Marathon.
Unlike the last visit to LA, see Songs Of Bilitis, this trip started smooth and finished smooth, in and out.
CLICK to read more»
at 10:52:00 PM No comments:


PAST SONGS FOR FUTURE WOMEN 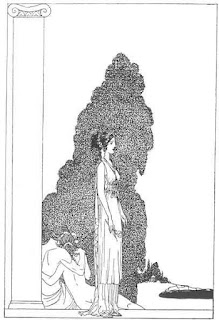 Temecula, CA – The year after high school graduation I learned two things. When hired over the phone for a cool summer job, the opportunity disappeared when my tan hide showed up in person for the ‘white only’ gig. My Male High ‘American Dream’ life of equality didn’t extend past those hallowed halls of learning and there were other things undreamt of outside my humble philosophy, sexual things way past my virgin understanding of the birds and the bees.
Finding an element of adventure in attending an ‘after hours’ underground bar, I was sitting at a café table when I witnessed my first girl-on-girl kiss. Though not turned on or turned off, the scene was hypnotic and I wondered about the happy girl pair in the midst of the more typical couples at the table in this speakeasy kind of place. That was then.

NARY A BOOM NOR BUSTS AT BOOK SIGNING

Temecula, CA – Hello Sports Fans, sorry for the delay in relating the Memoirs book signing at Stories in Echo Park but I needed some time to decompress. Two movies and some spring cleaning have my trolley back on track after my strangest visit yet to LA and Orange counties. This trip required my skills honed from my mystic adventures to know that I was still on track for the Songs of Bilitis, a play that in all likelihood, will never be seen in Temecula, which was my other motivation to see it.

My spring cleaning revealed all my original notes and dates for all the Madlins music shows including a mint condition Strike Twelve flyer advertising them at the Mall and a signed copy of the 2004 Valley News article first reporting the Madlins shows a year after they started. After the weirdness I experienced, finding these other old ‘memoirs’ grounded me back again.
CLICK to read more»
at 8:38:00 AM No comments:

THE LATEST BREW AT THE BLACK MARKET 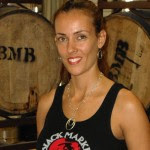 Temecula, CA – It had been a while since I stopped in for the tastiest home brew* around these parts, a Black Market Hefeweizen. In my last report plug, I dropped the hint that changes were occurring at the beer tasting room. Also changes were happening in my life as well, but sometime during the noggy days of Christmas, a DBS tip came through about the new beer tender at BMBCO. This new beer tender had been a café racer over in Spain until a spill said, Goodnight Irene, and ended a promising career. Romance had beckoned and at the end of it all, the Spanish- accented biker ended up in Temecula.

After the jump, see this Lance Murdock crash, give a thumbs-up, then offer a description of what she went through during and after the crash in the second vid.