Temecula, CA – Occurring in only 5 days after the 436 city March Against Monsanto in 52 countries around
the world and just a day after the Monsanto backroom sellout of Connecticut voters, children, and activists 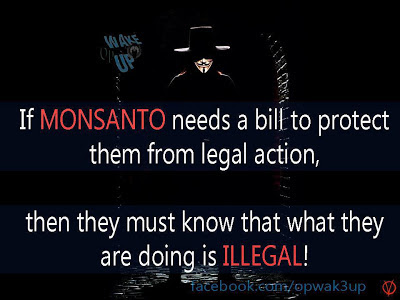 by the state’s Governor and House Speaker, Hackers from the Anonymous collective claimed to have infiltrated the website for the biotech giant Monsanto, which has been the subject of recent international protests.

The cyber-attack was carried out as part of #OpMonsanto, an attempt to demonstrate against Monsanto’s reach into every aspect of America, from nature to farmers to consumers to corrupt government public servants, like governors. The corporation’s main website, Monstanto.com, appeared to have been briefly disabled Wednesday night. Why this action was called for, follows after the jump.
CLICK to read more»
at 12:39:00 PM No comments:

LIVING IN A MIRROR – A NEW CALENDAR SERIES


THE PARALLEL LIFE OF AMERICA TODAY, AND 50 YEARS AGO

Temecula, CA – As regular readers know, my 50-year class reunion is coming up. I graduated in 1963, the 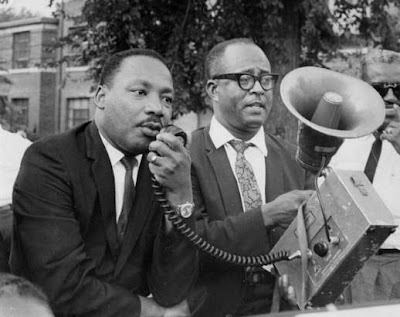 only year of Camelot for my generation. Shortly after I entered college the following September of the same year, President John Kennedy was assassinated. I’m sure soon the history books of the future will only say ‘that “Kennedy died while in office”, end of story. ‘Moving on to LBJ, yada, yada, yada.’

Why do I say this? Because events of the last week or so have illustrated a general scrubbing of history by ‘the powers that be’ for the general population just as they did 50 years ago. I can say this because I was around fifty years ago. You see, 50 years ago the FBI worked hard to discredit/disrupt Dr. Martin Luther King’s mission statement to the world. Now it turns out that Hoover’s old agency is still the same. Efrem Zimbalist, Jr. must be spinning in his grave.
CLICK to read more»
at 9:54:00 AM No comments:


PRETTY IN RED MEANS Get Monsanto Out AND Grow My Own

Temecula, CA – Checking the wire services about yesterday’s March Against Monsanto allows me to 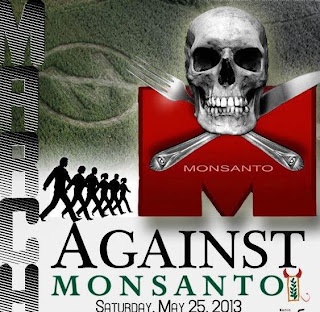 culminate the meat from various sources which range from half fluff to mostly fluff as content goes.

To fill in the blanks, the use of the word ‘hijack’ in previous stories about this latest anti-GMO wave, referred to the ‘cause’ outgrowing the previous organizational confines spontaneously.

In other news, the U.S. Senate this week overwhelmingly rejected a bill that would allow states to require labeling of genetically modified foods.

The Biotechnology Industry Organization, a lobbying group that represents Monsanto, DuPont & Co. and other makers of genetically modified seeds, has said that it supports voluntary labeling for people who seek out such products. But it says that mandatory labeling would only mislead or confuse consumers into thinking the products aren't safe, even though the GMO'd FDA has said there's no difference between GMO and organic, non-GMO foods.

NOTHING NEW FROM YOU

Temecula, CA – Though the major fluff news may be The Rolling Stones doing their ‘50 and Counting’ concert tour, high schools all across the country are also celebrating their 50-year high school class reunions. Today 18-year olds may have mansions on MTV Cribz but 50 years ago things were a lot different, for everybody. Men, women, and children all knew they place and what was expected of them. Like eggs at the grocery store, people had their own container and came in white or brown groupings, one egg carton a pale tan reflection of the white sun.

As I open Memoirs by saying that 1963 was the end of the Dragnet generation, that year also marked a time after decades of law-enforced racial segregation ended but before ‘Black Power’ started. For Louisville, Kentucky, desegregation in public schools started the summer before I entered the sixth grade. By the time I graduated 6 years later, the Class of ’63, would be the last class of Camelot, and a lot of eggs, or traditions, be turned into omelets. In November of that year, the President’s Secret Service driver would turn and end Camelot forever with a .45 slug.
CLICK to read more»
at 10:33:00 PM No comments:

MAXED OUT IN VEGAS, BABY


KEEPING IT STICKY ON DERBY WEEKEND

Temecula, CA – For the millions who watched the muddy, thrilling, Kentucky Derby at Churchill Downs on television Saturday, I can say without a doubt that the people at the Derby City festival were having the foot-stomping, rocking, uniquely soulful time of their lives. I know this because I have been in town/at the Derby. However, for the great and varied Louisville experience, my Derby weekend was all that and a bag of fries known as ska.

What makes a Derby Day in the state of Kentucky so special?

You visit old friends and make new ones. There are BBQs, alcohol, and people smoking both cigarettes and pot. Usually there is some author or literary person visiting in town that has a new book out. People are out in droves and invariably, there is at least one other sporting event taking place the same day usually at night, after the Derby also. Add in romance, instant local notoriety, and a special group of tourists; that’s the recipe for the Derbies that I’ve experienced as a Derby Day participant.

What made my Derby Day in the state of Nevada so special? Ska music in great weather.


DID THE CATHOLIC CHURCH TRY TO VOID MALACHY PREDICTION? 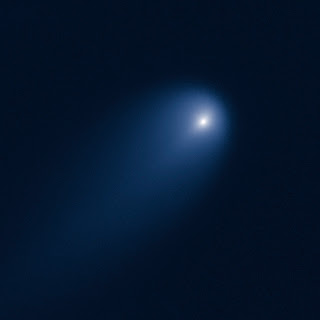 Temecula, CA - 'Saint Malachy and Nostradamus, two reasonably accurate prophets are apparently joining forces. The possible consequences of Benedict XVL's abdication have shaken up not only Catholics, but those who feel that there are umbrella events in Earth’s history which can be predicted. The future can be shown to a few individuals when a future event is all-important, a milestone for us all. So did the Catholic Church try to avoid the twin prophecies?

The easy answer is, “Yes!” The prophecies of Nostradamus and Saint Malachy were seemingly proven wrong when the Catholic cardinals chose Jorge Mario Bergoglio, Archbishop of Argentina, as the new Pope. At first glance, there appears to be no connection between Pope Francis I and the famous (or infamous), prophecies that Peter Romanus would be the last pope as “two suns” blaze in the sky (Comet ISON).
CLICK to read more»
at 10:00:00 AM No comments: