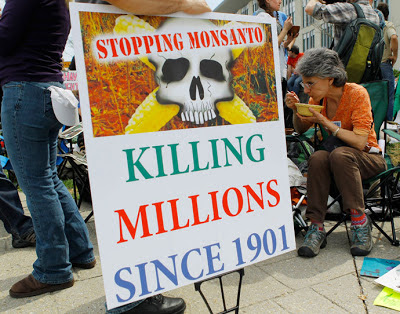 Temecula, CA – Recently in a submitted article to the Valley News, I realized that there are a lot of people
still out there that know next to nothing about the clandestine motives that have launched a global protest movement.

This free feature film will answer all your questions, except one, did we act in time?

IN THE GARDEN OF EVIL


YOU CAN HEAR A PIN DROP

Temecula, CA – In the last few days a story has been trending about GMO Trees and the protest against them featuring a great lead photo. It brings a tear to your eye to know that he climbed up onto the bench so he could be eyeball-to-eyeball with the adults planning to ‘reforest’ his woods by putting in GMO trees. This ‘Yoda’ in a human guise has the noble purpose called out in Is 65:8.

Jesus praised a child’s simplicity at seeing a complex issue which might elude an adult mind through persuasion. As you look at the picture below, realize that it is not a painting. It is a GMO forest, planted with GMO corn, GMO trees, and made ‘robust’ through cycles of the Roundup Ready weed killer. 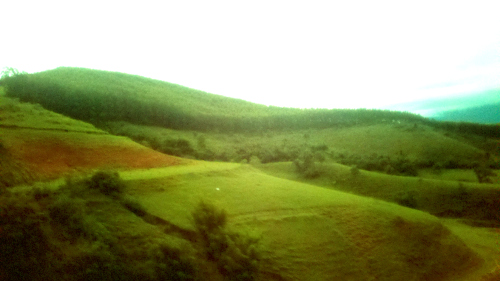 “It felt like another planet entirely,” Childs said. “I listened and heard nothing, no birds, no clicks from insects. There were no bees. The air, the ground, seemed vacant. We (had) discovered the GM corn in rural fields near one of the nurseries.”

The above quote is from Mercola’s article about just such a field in Iowa continues,
CLICK to read more»
at 4:20:00 PM No comments:

THE TREE OF DEATH 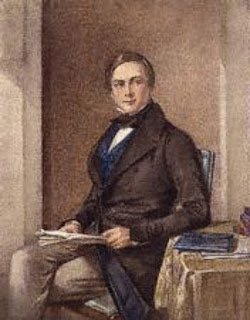 Temecula, CA – It is said that there are many journeying on the road to Salvation but we are all at different points on it. The same thing can be said for those awakening to the evil totality in the plans of Monsanto, the increasing revealed enemy of all mankind. As one of those awakening, it is my duty as a journalist to reveal the origins behind ‘the final solution’ planned for the 99% via the matrix’

The terms ‘Agenda 21’ and ‘Sustainable Living’ sound rather innocuous in and of themselves until you scratch the surface to tie in the Georgia Guidestones, eugenics, and a prodigy named Francis Galton. Mr. Galton, a half-cousin to Charles Darwin, worked on a novel entitled Kantsaywhere from May until December 1910. The novel described a utopia organized by a eugenic religion, designed to breed fitter and smarter humans.
The modern say story line would be the basis of the movie, Idiocracy. A better society means you have more of the 'better' people populating that society. 'Better' here means academia/upper class/privileged types.

His unpublished notebooks show that this was an expansion of material he had been composing since at least 1901. Monsanto, whose mission statement is eugenics, was founded in 1901. According to the records of the United Grand Lodge of England, it was in February 1844 that Galton became a freemason at the so-called Scientific lodge, held at the Red Lion Inn in Cambridge . The Biblical reference for this is explained in Memoirs’ Chapter 20 [now on summer reading sale]. The short version is Gen. 3:15 explains that there are two different mindsets housed in an identical species.
CLICK to read more»
at 4:20:00 PM No comments:

NUMBER #3 IN OUR LIVING IN A MIRROR SERIES

Temecula, CA - Presented now in the latest Living In A Mirror series is a story that is breaking. Perhaps you
have seen it, and maybe chuckled to yourself, "Bad hair day!"

The trending photo, seen above, makes light of the following statement:

"The United States and the European Union as well as human rights groups have expressed concern about the heavy-handed action of Turkish police against protesters.Prime Minister Tayyip Erdogan branded the protesters on Monday extremists "living arm in arm with terrorism", a description that seems to sit ill with the image of the woman in red."

The protestors are in the streets to show outrage at Syrian intervention by the USA and Turkey, among others. -WARNING - After the jump another woman 'in red' and the aftermath of a disarmed citizenry. Graphic Adult Content.

TO BEE OR NOT TO BEE, THAT IS THE ANSWER

Temecula, CA – Today begins my vacation from writing from the Calendar, however don’t despair, fresh material will keep posting because of two things. The first is that the evil nature of Monsanto is so multifaceted that I have plenty of fresh material pre-packaged like a box of Wheaties. Before we see the post the full length movie ‘Seeds of Death’ for free and other topical information about the Darth Vader of current history, we have to explode one last myth and bring another shocking reality to light. 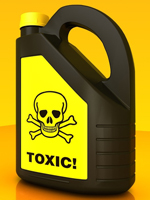 The growth in the use of neonicotinoid pesticides such as acetamiprid, clothianidin and imidacloprid, some rising bee deaths since 2005. In 2012, several peer reviewed independent studies were published showing that neonicotinoids had previously undetected routes of exposure affecting bees including through dust, pollen, and nectar; that sub-nanogram toxicity resulted in failure to return to the hive without immediate lethality, the primary symptom of CCD, and indicating environmental persistence of neonicotinoids in irrigation channels and soil.
of the most widely-used pesticides in the world, has roughly tracked

These studies prompted a formal 2013 peer review by the European Food Safety Authority that said neonicotinoids pose an unacceptably high risk to bees, and that the industry-sponsored science upon which regulatory agencies' claims of safety have relied is flawed. But what if this flaw was purposeful and planned?

Temecula, CA – A day after two million people worldwide ‘marched against Monsanto’ and the use of genetically manipulated organisms or GMO non-labeled food stuffs in the American marketplace, a small
band was marching against the use of GMO trees being released in the wild like the GMO salmon.

“Until I stumbled upon a video about genetically engineered trees and the pesticides built into them, I'd never heard of them. This is truly frightening that our ecological system and the human race is being experimented on.”

“It's truly frightening what these GE trees could do to our natural trees. Besides the fact that eucalyptus trees are resin bombs that explode when burning and burn like torches. Keep up the good work protesting. They're not going to be able to do ANYTHING constructive about being hated. Start producing HEMP!!! It's a wonderful biofuel and could turn our economy around.”
CLICK to read more»
at 10:00:00 AM No comments: