DIET NOT DIE IS KEY WORD

that. The golf matches alone around the valley will be a circuit for Tiger when he drops to casino touring. Pictures of bald kids, some raccoon-eyed, in a shameless pull at the purse-strings of the walking passersby, those least able to afford the luxury of funding research, appear even at bus stops. Though the pictures are real, it is the propaganda that is not.

So what is the ‘poop of the scoop’ deal here? I don’t wanna do a protest. I don’t wanna do the research. I do eat at Mickey Dees, and George Who? I’m not political but someone close to me has just been diagnosed with the disease. My brain is mush and I am on numb. What can you tell me to help me digest and make sense of this situation I suddenly find myself at the middle of?

As the called-home son of a mom who died from cancer, I can answer that question right after the jump. This is why I print stories about GMOs and other health-related topics. 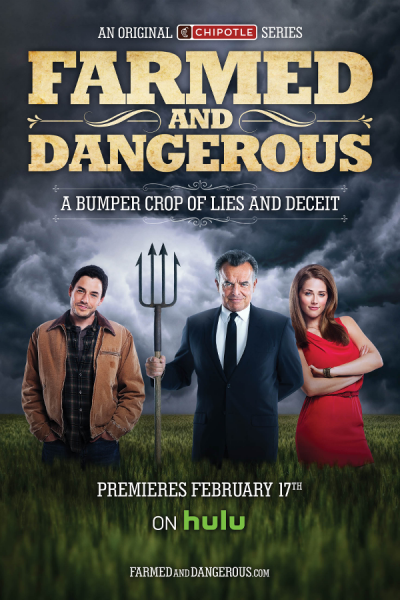 Temecula, CA – What has seemed to be just a grassroots campaign getting scant notice beyond the foodies of some political health circles, is the effect of the industrialized factory farm on the food chain, involving GMOs, corruption, and unchecked accountability by official agencies.

Reported here in the third report of an ongoing series about the forward-thinking food restaurant chain is the review of the first two Hulu episodes of Farmed And Dangerous.

The trailer includes brief segments from all four episodes spliced together for an abbreviated storyline. In actuality individual webisodes, each about 20 minutes long, spin a much richer story, fuller characters, and a very realistic scenario in the non-conspiracy neighborhood.


THE POWER OF ONE LOVE LEFT A MARK IN HISTORY

Temecula, CA – Tis the time of the year when the Heart Over Murrieta is seen again like a February 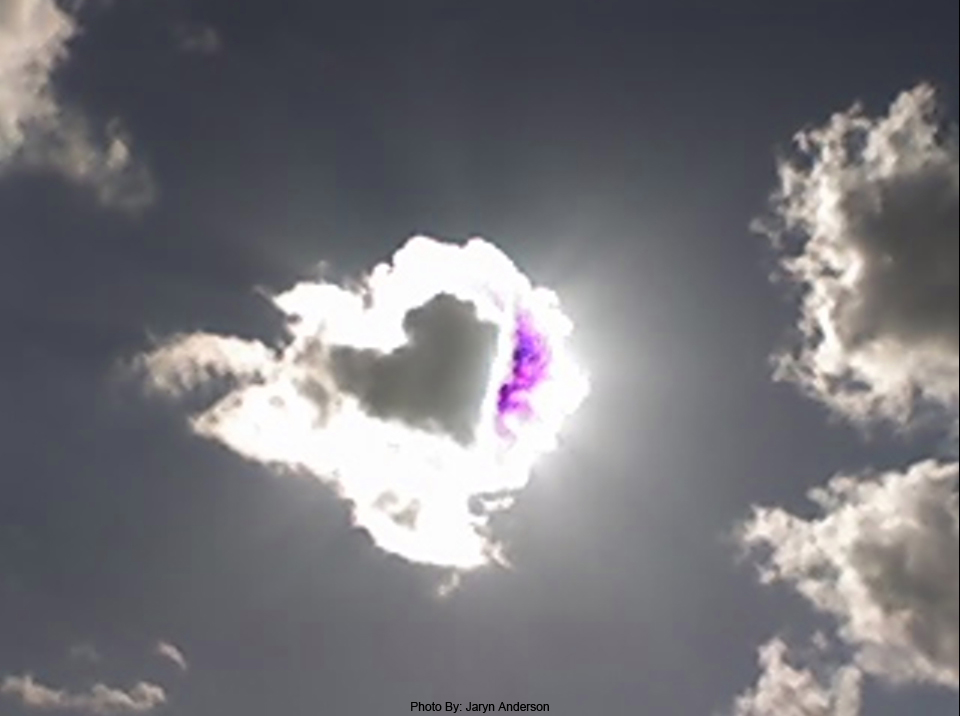 Bainbridge Christmas tree light extravaganza, with one exception. The engineer who puts on the display with a little help from his friends can stage this performance year after year. The picture that you see at right was only staged once, over a tall hill in this area, never to be created again, unless, perhaps the person who took this picture returns to the valley someday.

I say this is the case because I know the photographer and the circumstances under which the photograph came to be [untouched or photo-shopped]. Like the day this appears annually in print or online, the origin story is as magical as the real story of Saint Valentine.

Both the photographer and the saint got into trouble concerning education. The difference is one escaped any punishment because of his magic. The other got a day remembered in his honor.

The story after the jump.

This is a common curiosity among many folks, including cannabis connoisseurs, when finding out that

GMO pot is on the market. Isn’t all pot genetically engineered? In truth, this same question has been posed to John Diaz and me during our label GMO information meetings in Orange County. As a public service to both stoners and non-stoners, here is a report to enlighten both groups. Monsanto is our common enemy, and our kids’ boogieman.

‘There are thousands of different strains of marijuana, created for all sorts of reasons. The last decade has seen an incredible increase in the understanding that certain strains of marijuana are better for certain ailments, and growers and caretakers have bred plants specifically for those diseases. In a recent CNN special, for example, Dr. Sanjay Gupta profiled the strain “Charlotte’s Web,” which was created with a high CBD content and low THC content, contributing to its effectiveness in treating a child’s violent seizures without the “high” typically associated with THC.

Is all that marijuana what we’d call “GMO”? No.

THE DUBAI DOUBLE DOWN


A STEP CLOSER TO WHAT NOSTRADAMUS SAID

Temecula, CA - While some people may cheer as the Somali pirates are sniped by Navy Seal sending a 'Don't Tread On US' signal out to the world, there are other countries too which have fought the piracy brought on with Northern Europe's dumping of nuclear waste off the African coast. From DUBAI comes this report.

An Iranian naval officer said a number of warships haav been ordered to approach U.S. maritime borders as a response to the stationing of U.S. vessels in the Gulf, the semi-official Fars news agency reported Saturday. 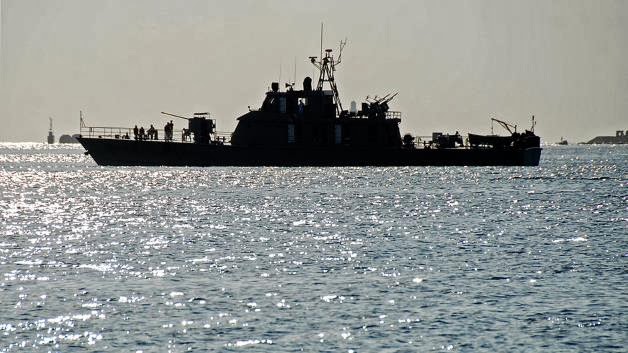 "Iran's military fleet is approaching the United States' maritime borders, and this move has a message," the agency quoted Admiral Afshin Rezayee Haddad as saying.


AN ANARCHIST TRAVELS ON HIS TASTE BUDS 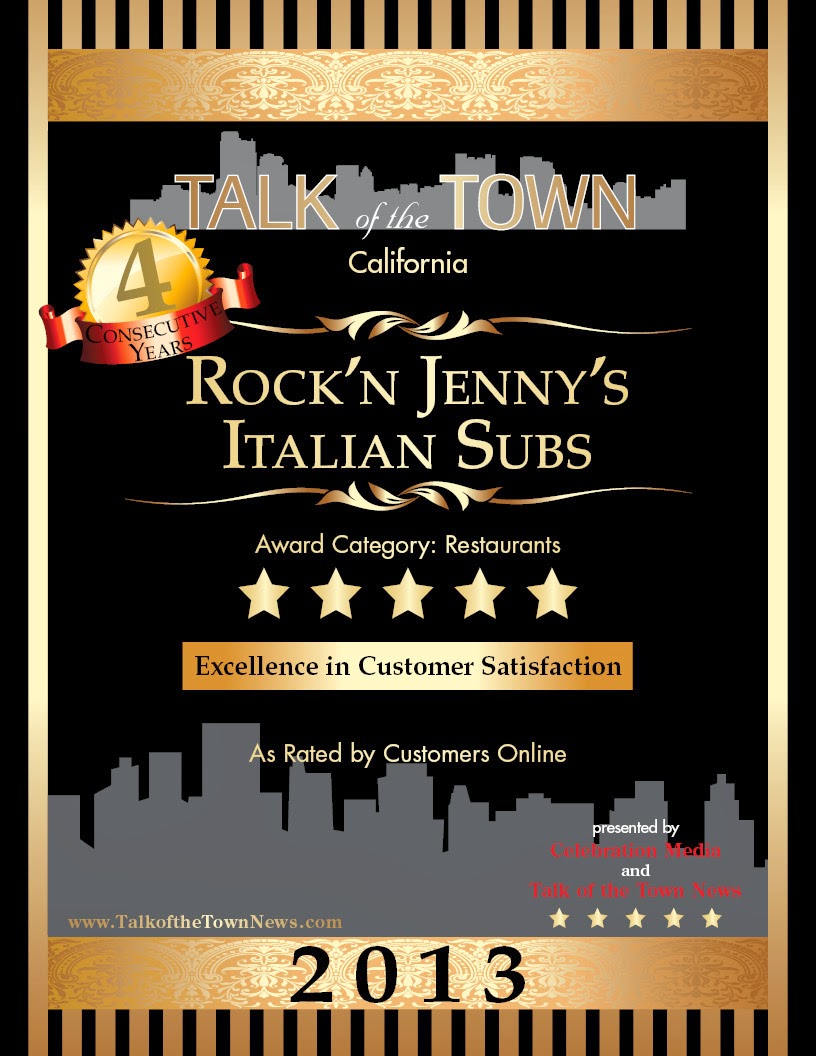 Temecula, CA – For those readers still digesting the story ‘When You Become The Company You Keep’ and saying “Oh PT, you’re such an anarchist,” the truth is being a political correspondent doesn’t give you much of a home life.

Just because I may roll around with the GMO crowd, some of whom travel with a juicer, doesn’t mean I pack an empty cup like at Burning Man. Every beat reporter will tell you, you eat on the run. As someone who covers both sides of Pleasantville with an occasional trip to La-La Land, I put my taste buds in charge of where I eat. Recently they came across Rock n’ Jenny’s, on a track different than the Subway.


I say recently because this happened before the Food Babe busted the McDonalds of sub sandwiches for using the same ingredient in their bread as yoga mats, new or used.

Standing next door to Temecula’s 5 Guys, a restaurant with numerous headlines aligning the long passage to the cashier, is the restaurant where the cooks at 5 Guys eat; Rock n’ Jenny’s. The place caught my eye as I was leaving 5 Guys with my friend, as 5 Guys then was his flavor of the month. He’s a beef guy and the burgers are good, fries are better.
CLICK to read more»
at 6:21:00 PM No comments:


THE LATEST FROM BEHIND THE ORANGE CURTAIN

Temecula, CA – The question of when is enough enough, has been answered in Orange County by the march requirements for the upcoming March Against Monsanto happening.

Anarchists and revolutionaries are barred from participation, but more on this dividing, deciding factor at the end of this report.

Coming on the heels of the second confirmation that the FDA has passed GMO apples onto an unsuspecting taxpayer public appears verbatim, redacted, below:

“Starbucks has a fruit and nut plate with an apple that has been cut already. I have ordered it many times (unfortunately) and one day I just put it in the refrigerator and was amazed that it never turned brown so I left it there and kept watching. That's right, never turned brown. I thought they had sprayed something on it.” – read at 7PM tonight

Backlash and blowback is starting to rumble at press time like a wave ripple. More after the jump.
CLICK to read more»
at 9:34:00 PM No comments:


UPDATE FROM THE “FUGITIVE” COMMISSIONER 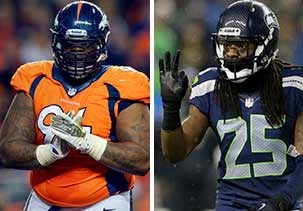 Included are a few of the strange proposition bets you can make on the game.

Maybe you will be able to use some of this information during your Super Bowl party tomorrow.


A FEMALE CHIP OFF IKE’S BLOCK AND NEIGHBORHOOD

Temecula, CA – Since it is one-thirty and I am starting this story just hours after attending an event hosted at Temecula’s Living Yoga Center, the energy level given off at the session by Dr. Dream, aka Mark Peebler, his Sacred Union partner Laura Eisenhower, the late Prez’ great-granddaughter, and their special guest, Damien Rose, must have been fantastic.

Or it could be the spritzer I took in the face of some rose water on steroids that had a new age name.

Of course this is Super Bowl weekend so that buzz is all around, literally. Really though, the energy I feel is the same energy that rolled over Dr. Dream the first time he laid eyes on Laura Eisenhower, picking her up for some function. I took notes because there were so many good sound bites, those won’t be used here. This story is going to be written off adrenalin.  The fact that this is the second ‘new moon’ night just puts the magical frosting on the cake, and that cake starting baking the moment I found the nickel I needed for bus fare so I wouldn’t have to pay an extra 5 cents, [70¢ as opposed to 75¢]. You see earlier I walked into the kitchen and there lay a nickel on the floor. There is never a nickel on the floor.

The bus was late and I was starting to wonder, when it finally did tool around the corner. I normally don’t sweat things too much, but this night and this assignment had a different feel to it and I did not want to miss it. The story posted on Wednesday had shot up onto the Top Ten the same day, a first, stopping just under the girls [420Nurses’ long running piece] and of course Saint Bipsy, Elizabeth Amirian. The Dream Weavers, because they are a team, even beat out the Obama story, and trust me, I fanned the flames on that one. So I was impressed.
CLICK to read more»
at 5:29:00 AM No comments: