THE COMING OF COSPLAY


AND IVAN STARTS THE SCENE, OF COURSE

Temecula, CA – With the eighth sign in Memoirs to come to pass just today, it’s time to tell people 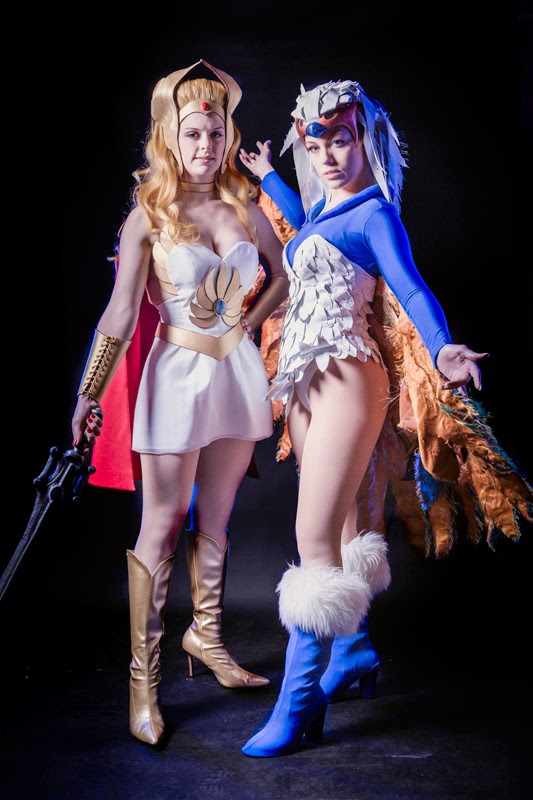 where the bear shat in the woods. With this news report a new scene is back. It ain’t The Vault, but it is a separating of paths. As with Chapter 7, 'Start of The Magical Mystery Tour', a scene path is opening for those who want the path less traveled, those who love real music, those who aren’t jocks, those who went to The Vault, and those who were The Vault. Mentally this scene is just around the corner of your mind.

Welcome to Faze 1 – Cosplay. What is ‘cosplay’ you ask? Good question, I did!

With the growth of the underground arena of comic books, comic conventions, and fantasy art merging with blockbuster movies that are based upon those franchises, a costumed play scene, part party/part masquerade, and wrapped around rock/modern music somehow is emerging for those too modern for the usual renaissance faire. You could say this is a more mellow shadow of a Lilith Faire.
CLICK to read more»
at 6:50:00 PM No comments:

THE LATEST FROM THE FRONT


MAY I HAVE YOUR ATTENTION, PLEASE

Temecula, CA – Recently a new state bill was introduced into committee. With the help of a phone-in campaign the bill passed the first huddle, the Health Committee. MONDAY WE NEED 5 PHONE CALLS to the next, even more challenging committee vote - the 5-member Agriculture Committee which is set for a Tuesday morning 4/1 meeting.

The script is simple.

They will then ask your name and either what your zip code is, or what town you live in. this is done to verify that you live in the district. This is the simplest form of voting and does not require registration. This is your freedom. Lose it or use it and make the jump. 5 calls in 5 minutes. Faster than Geigo and saves your ass, not your money.
CLICK to read more»
at 8:00:00 AM No comments:

ALL NOISY ON THE EASTERN FRONT

The first Chinese plane heading to Australia to join the hunt for a missing Malaysia Airlines jet landed at the wrong airport on Saturday. The Chinese IL-76 military aircraft made an unexpected stop at Perth International Airport before heading to its correct destination at RAAF Base Pearce outside Perth, where search and rescue operations for Flight MH370, which has been missing for two weeks, are now being coordinated. "They landed at Perth and then they landed here," RAAF Corporal Janine Fabre told Reuters.

RAAF Base Pearce, a dusty collection of runways and low-slung buildings about 21 miles north of Perth, is taking on the feel of a model United Nations as aircraft and ships - not to mention journalists - from at least six countries descend on the region. 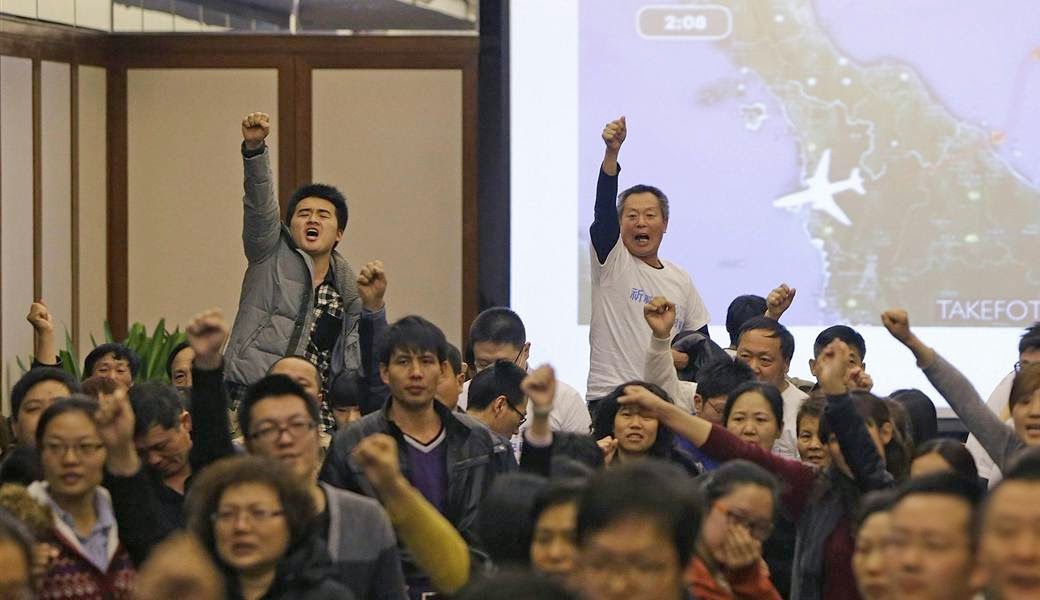 Meanwhile Malaysia is starting to sound like TEPCO and the Japanese government about Fukushima. Family members of the missing plane can feel something is amiss and the officials refusal to allow or answer any questions simply means that they have no plausible answers. A woman who was trying to speak to journalists was hauled away by security before she could. Did she know something?
CLICK to read more»
at 1:29:00 PM No comments:


IT IS ALL ABOUT THE GREEN

Temecula, CA – Today we celebrate another ‘religious miracle’ in our America calendar year. It seems almost ironic when you consider today’s hypocritical government and culture that marks these events with Hallmark greetings. Today the ‘coming of the green’ means forking that green out of your wallet for a sign of the celebration such as green beer.

Amazingly the religious celebration didn’t allow bars open on that day until in the 60s. That’s the 1960s, not the 560s. Along with parades in many cities and towns, the Chicago River flowing green today, and many pinches if you are not wearing green, much money, another form of green, will be spent today. Today’s parades in some big cities however will be absent some sponsors and mayors.

In the face of today’s environment against corporate personhood, manufactured rather than naturally grown food, and money with the power of speech [legally], this cultural celebration is a reminder that some things remain above that hypocrisy, and always will. The color green today also represents something older than the named day, for green is the color of cannabis.
CLICK to read more»
at 11:02:00 AM No comments:

Temecula, CA – Like rust and the game of capitalism, the news never stops. And neither does the spin.

Today on many American mainstream news like MSN, the story of rejected American food, this time cheese, not wheat, is told from an ‘us Americans’ vs ‘them unfair Europeans’. This new BAN on American cheese products, even those with Old World names, is hard on the small business niche market, they say. Like the earlier Japan ban on American wheat which was contaminated by GMO pollen, the food news overseas is publicized, not hidden by fluff from the consumer and spun as here by fellow Americans for money. (Ed note - this story has already been swept under the rug on MSN's front page position, replaced by a story about Monsanto-cozy McDonald's being into burgers, yawn)

So here’s what you won’t find unless you dig for it and the real reason behind ‘No American Cheese’ on the Continent. It’s farmed and dangerous.

The FDA approved ADA as a food additive in 1962.  It is not approved for use in either Australia or the European Union. People overseas are starting to see that American produced foods are not safe or healthy for human consumption.

And now the list of companies and products using the yoga mat/flip-flop ingredient ADA after the jump. What’s in your stomach? [List compiled by David Andrews, Ph.D., Senior Scientist, and Elaine Shannon, Editor-in-chief and publisher]

It smacks of suburban myth or TV make­ believe, but undercover drug stings occur in high schools with surprising frequency. Cops love the stings, too, which not only served as a major morale boost but could also be lucrative. "Any increase in narcotics arrests is good for police departments. It's all about numbers," says former LAPD Deputy Chief Stephen Downing, who now works with the advocacy group Law Enforcement Against Prohibition. He now views these operations with scorn. 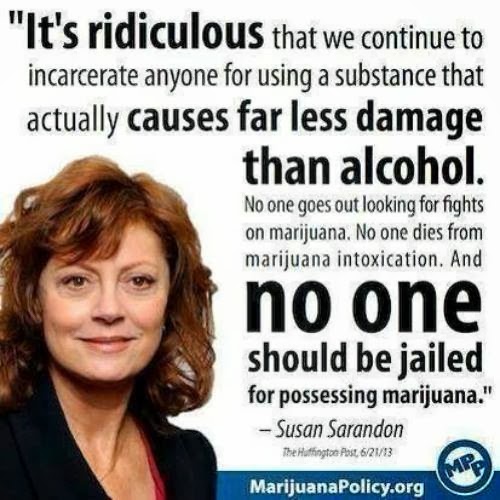 "This is not about public safety – the public is no safer, and the school grounds are no safer. The more arrests you have, the more funding you can get through federal grants and overtime."

From his seat at a worktable in the art room, Deputy Daniel Zipperstein observed his target and tablemate, Jesse Snodgrass, clearly flummoxed by the project's complexity. Their ponytailed teacher, James Taylor [no relation to the singer is supposed], paused by the boys' table. "OK Jesse," Taylor instructed, holding up a piece of cardboard. "Today's task will be to cut out six cardboard squares of this size." Taylor took pains to pare down each assignment into bite-size chunks for Jesse, but even so, he'd need to keep circling back to remind Jesse to stay on his single small task. Zipperstein watched Jesse slowly pick up the scissors and get to work.
CLICK to read more»
at 9:53:00 AM No comments:

Temecula, CA - Often said, 'this is the future' a trending video is making the rounds based off a movie made 29 years ago. Back to the Future reignited skateboarding by causing riders to replace metal skate wheels with rubberized hard plastic. After that the new fad became a national sport and transportation for people too young/improvised for a car.

A few years later Back to the Future II screened and took skateboarding to a new level, literally. This sequel to BTTF introduced fans to a hoverboard, an anti-grav skateboard. The movie gag was a big hit as I remember cheering with the audience as Marty McFly used it the first time on screen.

Well, Sports Fans, the future is here, or is it? After the break we look at the video that caused a sensation, what Tony Hawk had to say after the vid went viral, and sandwiched between is a Dweeb Cast report examining the still trending phenomena.

NEWS AND MUSIC SCENE GROW UP

Temecula, CA – Not all the news is regional [Dana Point GMA protest], national [GMO pot and Monsanto], or international [Monsanto Initiative $1 a gram pot countrywide, Uruguay]. Locally here in T-town there have been some major changes while I was out being a war correspondent.

The biggest news is that the gazette-sized Valley News has matured and upsized into a newspaper-sized format similar to The Weekly, driveway drop in the valley here, the Orange County Minute, another weekly drop, and the Laguna News-Post. All weeklies.

A comparison of all four front page layouts reveals the Valley News to have most lead-ins, more sections hence more news and more ads, and a tie with the Minute on article layout conveyance. Like the Minute, the new Valley News section crease or fold does not split the front page headline picture, a definite plus. The stories found inside show the Valley News kept the same small town charm that has been a staple since 2000. Congraduations!!
CLICK to read more»
at 9:27:00 AM No comments: 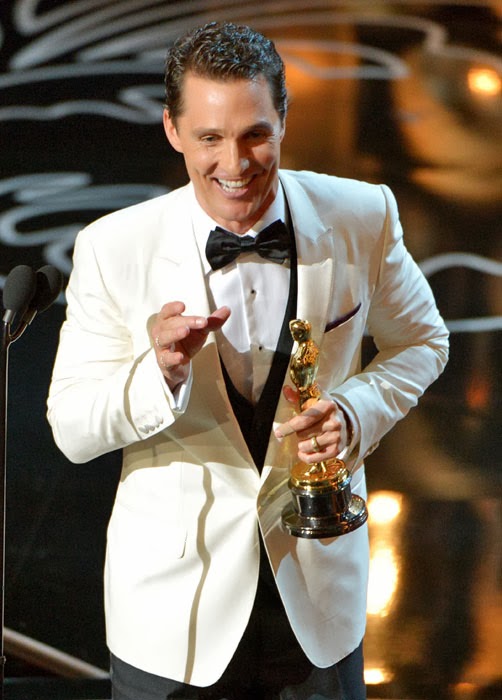 Temecula, CA – Last night Matthew McConaughey won Best Actor in a Leading Role for "Dallas Buyers Club", a based on a true story movie about the evilness of the FDA regarding AIDS patients, victims, and Big Pharma. The issue of AIDS coming from outdated U.S. Polio vaccine sold to Africa through the U.N. has never been addressed or properly exposed.


You see, it isn’t just the US government that is experimenting on its citizens without their knowledge; governments around the world routinely take advantage of their governed because the corporations that poison them through corruption/swinging door policies are international. Take for example Monsanto’s GMO marijuana.

As DPA [Drug Policy Alliance] written initiatives with no GMO wording for legal weed get introduced in each state, no one is paying attention pass the words ‘legal pot’ and the voiced sound 'chi-ching'. Medical patients who may be shielded from this now are being rolled up into the same group as legals with Monsanto’s dragnet by the national government of Canada.
CLICK to read more»
at 12:40:00 PM No comments: