NERDS IN A NEW TOWN

Temecula, CA – As millions prepare today to watch the last four professional football teams battle for a NFL Super Bowl berth, hundreds, perhaps thousands of others will be preparing for another game of sorts; a game of costumes, fun, and gentile respect. These folks won’t spit into the wind, look under the mask of the old Lone Ranger, or tug on Superman’s cape. Why? Because they’re ‘nerd safe’ and the ones wearing a mask or cape. Yes, Sports Fans, Club Cosplay is back and this time T-town’s Prof X hits the red carpet of sorts by opening Club Cosplay in Los Angeles.

As I pen these words, the last of preparations are being nailed down as Ivan David McCosplay, aka Ivan Promotions, late of The Vault, gets things in order to open tonight in a new town, and in his biggest market to date. As scene historian and owner of both magical four word phrases [#1. “I’m with the band”], I was invited to roll with, but like with the Pied Piper, someone needed to stay behind to tell you what is happening.

So as is my responsibility, here is what I stayed behind to tell you about, in pictures.

The 2014 college football season is over. 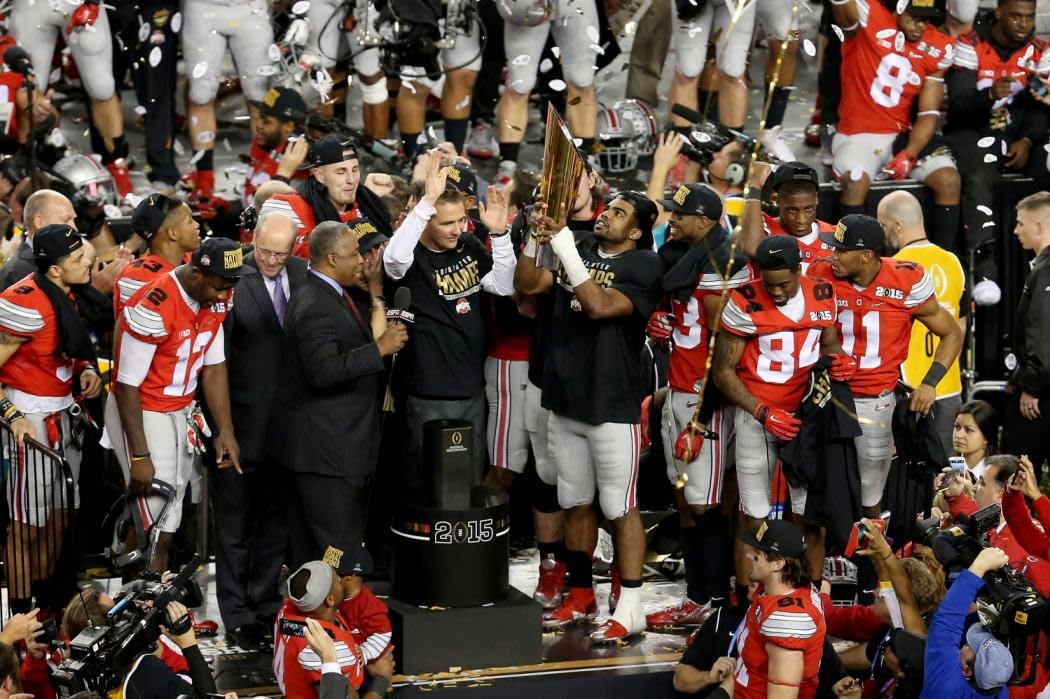 The Super Bowl will be played in less than three weeks - Sunday, February 1st.

There was some "football karma" going on last weekend.

The Fugitive Commissioner of the FFHL
CLICK to read more»
at 9:02:00 PM No comments:

Temecula, CA – “The WAR ON DRUGS is the great battle waging between truth and the great lie. Those who are on the side of oppression will find themselves as those who have accepted the mark of the beast” – Jack Herer (page 269, Memoirs of Mr. Pete & Mary Jane Green)

Comes now the story of a man with cancer, who withered and died as he fought in court for the right to grow his own medical marijuana, all the while being threatened with Contempt of Court if he dared mentioned the words 'cancer' or 'medical' in the same sentence with the word 'marijuana'. 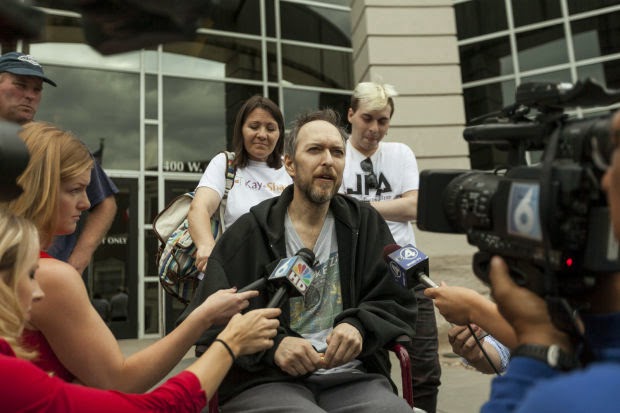 Seen in this September, 2014 picture being interviewed, Benton Mackenzie, as those in Scott County and the world outside the bubble of Temecula watched, finally Benton died on Monday, January 12, 2015, having to cover his cancerous sore or be thrown in jail and die alone.

The college national championship game will be played on Monday, January 12th.

And in the NFL only eight teams are still alive in the playoffs, with the conference semifinal games this weekend.

The Fugitive Commissioner of the FFHL
CLICK to read more»
at 8:26:00 PM No comments:


A NIGHT AT THE IMPROV

Temecula, CA – In the theatre, we all know one of the masks is laughing while the other mask cries. Those two bookends of life mark our journey through it. Humor helps us make it past the sadness and makes reality, if not more sufferable, at least a lot more bearable. 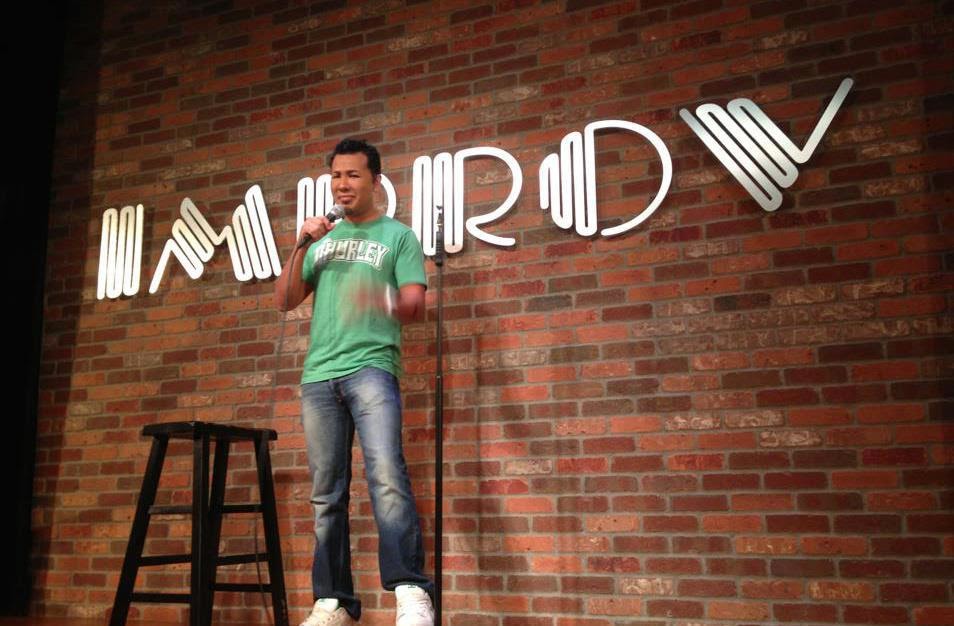 Starting with making the King happy through entertainment as a jester then progressing to political satire and finally breaking through with performers like Lenny Bruce, comedy now touches on the personal, as legendary comic Bill Cosby found out. The Book of James says that the tongue is the strongest muscle in the body, partly because it can reveal an unknown truth as well as bring laughter. Last night as Conner McSpadden presented Inland Emperors, both were onstage at the Ontario Improv. This is the Calendar review and report.

First to make it easy to find if you have never been to the Ontario Improv, the Improv Marque is visible from the AMC entrance at the Ontario Mills super mall. From the I-15 take the I-10 west to the first exit and that takes you to the mall. Cruise the outer drive until you see the AMC area. The Improv ticket window is right inside on the mall pedestrian walkway. As the Captain* and I walked down the semi long hallway into the room, you are greeted by a big framed gallery of modern comedians in B&W shots; some you recognize and some you don’t.

Entering the ballroom, the hostess greeted us and seated us in a audience 7/8 full. The room is a half circle of tabled tiers extending out from the center stage area like a sculptured lake ripple. The Capt’n and I settled in. I ordered some delicious chicken flautas [$$] and a Blue Moon with an orange slice. I wasn’t driving the 50 minute trip either way.
CLICK to read more»
at 1:06:00 PM No comments:

Perris, Ca - On January 4, 2015, around 10:00 PM, a home invasion robbery occurred at a residence on Cable Ln., in the area known as Mead Valley. The suspects initially knocked on the door and were told by the victim, through her closed door, there was no one in the residence by the name they stated. The suspects left the front porch, however; minutes later returned and kicked in the front door to the residence. The three black male suspects were armed with a handgun and the 65-year-old female victim was pistol-whipped and tied up as the suspects ransacked the residence in search of money and jewelry. 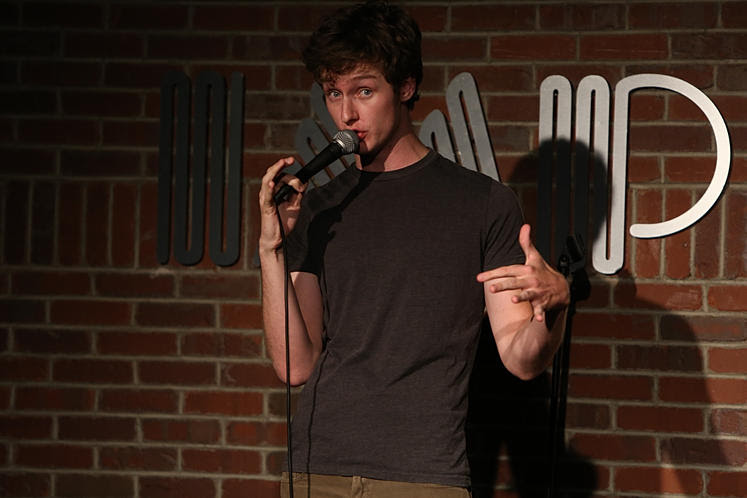 Temecula, CA – There is a famous line out of Ferris Bueller about life moving pretty fast, and if you don’t stop to look around, you just might miss something. As the scene historian of this ‘fast sticks’ valley, that outlook is particularly true if you travel with the likes of Ivan Promotions and Full Value Entertainment. Periodically you have to peek out from your catbird perch, observe, and enjoy life like Ferris, with a big smile.

Putting a big smile on faces January 6, Tuesday, at the Ontario Improv, at 8pm with an all star line up of comics from Comedy Central, Last Comic Standing and more is Connor McSpadden, a stand up MC comic host that I first saw and laughed at with IP when he was at Ontario’s M15 Club, site of his first two Club Cosplay extravaganzas. Sipping on a beer, I was prepared to be underwhelmed by some up and coming comic, trying too hard to be funny or being too hip. 3 jokes in, I walked over to Ivan and asked, “Where did you find this guy?”

Most humor today is observational because nobody writes jokes outside of Hollywood where you get paid, but life, as you look around, is funny in bits and pieces. On some levels this point of view is ironically so but the trick is how to reveal this in a way not mean or cheesy, but just an everyman look at the way life is now. In my work, Memoirs, my flair reflects both a satire at the obvious and a surprise at the hidden but the glance is always in retrospect since I penned the original in 2001 and the story starts out in 1963. Connor’s observations replace satire with innocence but retain the everyman POV of today with no look back. He hasn’t lived long enough for that yet. This comedy is fresh.
CLICK to read more»
at 6:02:00 PM No comments: