**UPDATE #6** as of 715am this morning, the suspect is in custody and Sheriffs Department officials are going through the home. No further info is available at this time.

**UPDATE #5** at 119am I spoke to a deputy from the RivCo Sheriffs Department. He informed me that the Murrieta-Hemet SWAT team has been deployed to the location and that at this time they have no further information except that they hope to resolve this peacefully.

**UPDATE #4** 1215am 9-1-2016 - I just spoke to the sheriffs department representative, he confirmed no shots were fired. He could not confirm yes or no if a sound diversion device was used. He was a very nice Deputy who clearly has been working hard for hours to answer questions on scene. My advice to local residents is to stay at home, do not visit the scene and know the RicCo Sheriffs Department is working hard to resolve this.

**UPDATE #3** As of 1046pm, the Riverside Sheriffs Department has provided me the following information -
"No update as soon as there is I will let you know Sir. We cannot control what information people put on social media. We have provided a statement and nothing has changed."
They have told me that I will be updated as soon as further info is released - you all will be the first to know.
That said, whatever random info you might here on the web or via friends, may very well be not true.
**UPDATE #2** As of 850pm, I have heard directly from Riverside Sheriff Department and there has been no further changes to the situation. At this time there is an unidentified male subject in the home, alone. Sheriffs representatives have made no mention of shots fired. Folks from outside the local area are asked to stay away from the area for your safety and the effectiveness of the Riverside Sheriffs Department in resolving this matter.
**UPDATE** As of 6:15 sheriffs department has let us know that there are no changes at the scene.

The original post is as follows:
Winchester, CA - According to Riverside Sheriffs officials, on August 31, 2016, at 11:07 AM,
deputies from the Southwest Sheriff’s Station responded to a report of a domestic dispute within the 35100 block of Nightingale Street, in the unincorporated community of French Valley.
CLICK to read more»
at 1:32:00 PM No comments:

COLLEGE FOOTBALL – FROM THE DESK OF THE “FUGITIVE” COMMISSIONER

The college FB season starts Saturday with one game in Australia, followed the next Thursday, September 1st with 7 FBS games, then 4 more on Friday and 28 FBS vs. FBS games on Saturday, followed by 1 game on Sunday and 1 on Monday, September 5th (Labor Day).

The NFL season starts the week after Labor Day, and I'll kick out a pro FB letter next weekend, hopefully.

I'm really trying to keep the letters short; this one is only 10 pages.  It includes preseason projections, a partial slate of games for the first week with preliminary point spreads, odds for teams to win the CFP, college rule changes and coaching changes, a preliminary Heisman Trophy watch, conference changes, various other items, and one quiz question.

The Fugitive Commissioner of the FFHL, on the lam from the gambling police

BSC, CA – As with cannabis recognition, the necessity of knowing one's food and food ingredients becomes more imperative every day, what with the treasonous DARK Act signing. Though most of my reporting is more regional, that doesn't mean I don't Jack about my own hood. I know Jack and Mary Jane both.

That being said, Temecula has a place that offers a great selection of natural products, a knowledgeable staff, an on-site fresh mini-deli, and now both an education [free] and hands-on [fee] class sesh*. 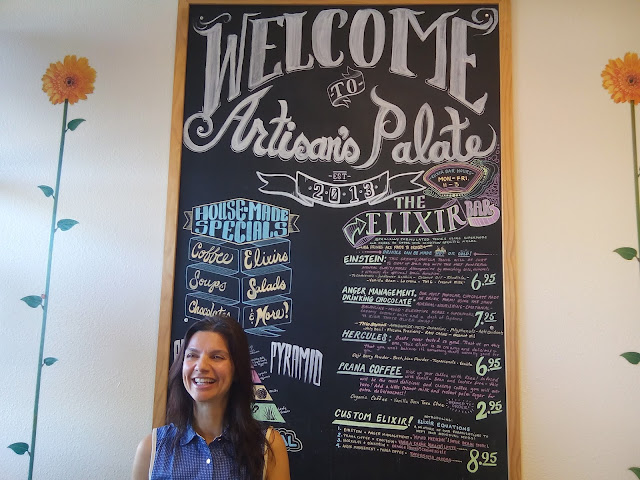 Long on my list of stories, it was time to bring my readers, the locals anyway, a followup story to one of those 'gems' in this mystic valley. Like Gladstone Gander, I seem to stumble across these hidden gems as if I worked for Coasters.

MEMOIRS, DIVINE INTERVENTION, AND YOU, THE READER

Temecula, CA – On the heels of the coming tax efforts by both Hemet [dog whistle politics, when you see the nice Valley News crowd photo] and Temecula [fearing rising police and fire rates via Sheriff Sniff for AUMA], beyondsocietycontrol.blogspot.com, decided to location shoot the present life of someone touched by Memoirs of Mr. Pete & Mary Jane Green.

Approximately six years ago two friends walked into my office on a nice sunny and pleasant day. It was the type of day that people read about in other states, and then think, 'Ah, California'. When they walked through the door I said, “Hold it right there!” And they froze. The reason for my instruction was simple. As a photo editor through training, you spot what others take for granted. My friends walked in the door wearing contrasting tee shirts that were devoid of text, with one exception. Each had a pair of sunglasses hanging, California style, down from the front of the shirt. I grabbed my camera. 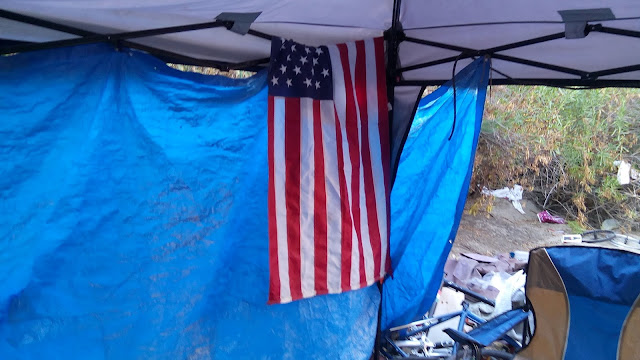 At that time I didn't know these two things. First, that the picture would become the cover shot for the still developing runaway bestseller to come, and sadly, that one of the two young men on the cover from that shot of the two Christians, would be homeless, a Prodigal Son to his family and a sad commentary on the god his church believes in. After the jump, BSC takes a look at the man destined to be helped by the book he graciously and unknowingly became a part of, in pictures.