BSC, CA – Just when you think things can't get crazier this year, and I won't even go into all that, then the Chicago Cubs beat the LA Dodgers 4 games to 2, winning the National League Pennant [I guess that's what they still call it, barring another Mandela Effect. 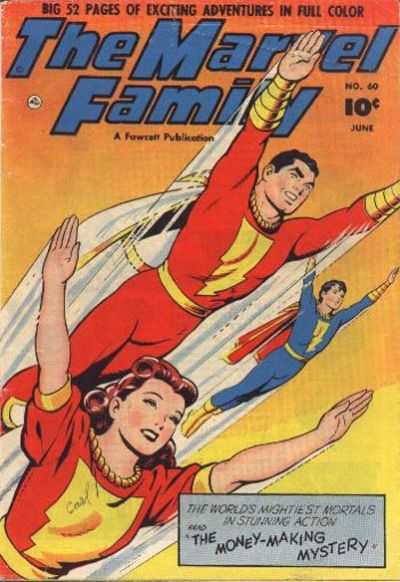 Unless you live in the Midwest or lived there at one time, like myself, you can't fathom the meaning of the Cubs being in the World Series for the first time since 1945. It was the beginning of the Atomic Age, the Generation spoken to in Matthew 24, and The World's Mightiest Mortal was outselling the Man of Steel at the newsstands and in drug store comic book racks.

Today we have the digital age and the word 'atomic' seems so yesteryear. Unfortunately the idea of war hasn't faded from history. Superman is beating up on Batman nowadays, but lo and behold, did the goat finally forgive the Cubs, relinquishing the Cubs' curse after all. After the jump we look at great shots of the winners in the most superstitious sport played today, baseball.

BSC, CA – Jack Reacher Never Go Back opened today and as one of the eagerly awaited films on the BSC list [Rogue 1; Dr. Strange follow], we joined the crowd seeing an early show. Also the showing we hit wasn't an Imax because it is the story, not the effects that BSC readers really want to know about, or as much as can be said without spoilers. 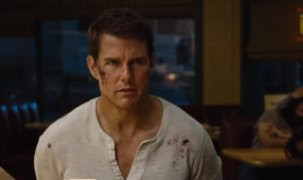 Personal reaction. I liked it as did my co-reviewer. We both saw the original Jack Reacher 2012 at the movies and I bought the DVD so I got familiar with the character Jack Reacher. Never Go Back almost lets some of Tom Cruise into the picture, perhaps because Cruise is more comfortable with the portrayal. Still, if Cruise shines through, it's just a glimpse.

A LOTTA SHAKING GOING ON -

BSC, CA - We left off in this past double-header Saturday dedicated both to holistic science and the Cannabis Whisperer, in town for an encore to this event. It was also our community garage sale day in my magical hood of the valley. If you ever wondered why Shamrocks is on this side of town, the answer is at the end of this story.

Meanwhile, the not-so-distant sound of that island rhythm draws us back to the moment we left off from... 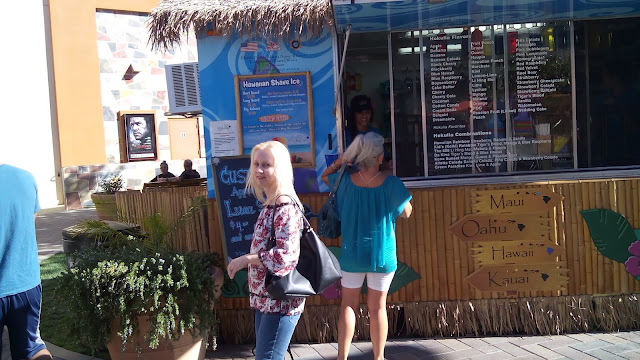 BSC, CA – The day wasn't over for me by a long shot as the holistic health meeting broke up. Thanks to a couple leaving the meeting as I was, I maintained my pre-planned schedule to Temecula and the flip side of my science Sabbath day, the kid part. 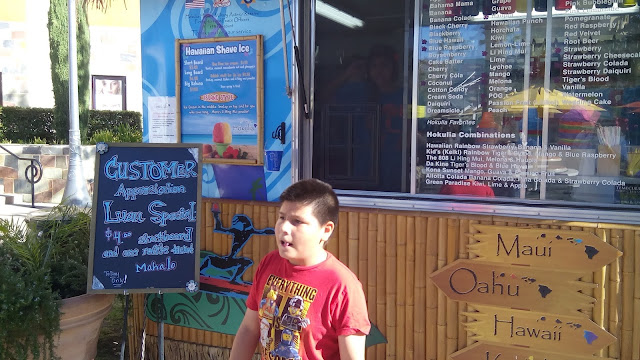 Even when the original music scene was going strong in the All-Ages category and I got to cover it like a glove, all the homies knew that I was a kid cleverly disguised as a responsible adult.

Strolling through the Promenade Mall in Temecula, the usual Saturday crowd was in the mall, malling around. Passing the crowd, I stepped out back to the Edwards side of the Mall, moving past the water-shooting fountains and headed toward my destination, The Hokulia Hut, to grass skirt my sweet tooth.

It was another wacky week in the NFL; over 50% of the favorites lost their games outright. 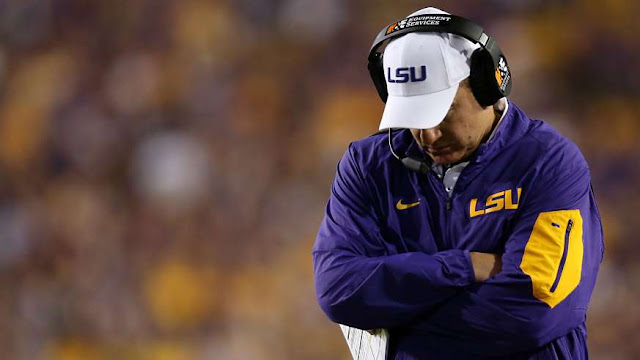 In college the Top 25 rankings are still in a state of flux.  There are several big games this weekend, including a PAC-12 North early-season showdown on Friday night, and then AP#3 vs. AP#5 in an ACC match-up on Saturday.