JUNK IN THE TRUNK

BSC, CA – It all started during my bumpy arrival into Riverside. A chance meeting led to a seemingly simple assignment; cover a May Day Worker's March. Best case; great pictures, real news. Worst case; great pictures, talking heads, empty words. When you cover politics, especially the local or grass roots type things are pretty simple. I actually had an angle all sized up as I went back to file the day's story. But after downloading the day's pictures I couldn't escape what my eyes were showing me, a staggering obesity rate due to food ingredients among the general populace.

Before I decided to run with this story angle I opted to do another sampling survey, on a different day and in a more general setting. I chose one of the city's more trendy outdoor plazas on a Sunday afternoon. The weather hadn't turned hot and plenty of people were out enjoying the late Spring day. I sat in the shade enjoying a tasty beverage, taking mental note of the people I saw made round by the food ingredients they consumed, totally clueless to it all. 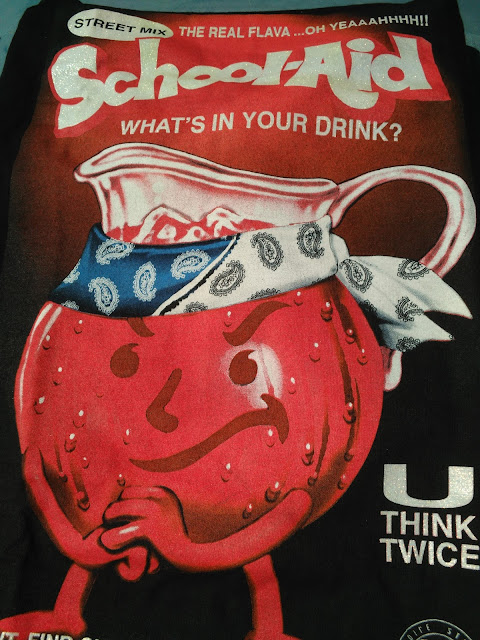 It seems now that I am not the only person who has noticed. Probably even before I reported my May Day findings here in Riverside, Kaiser-Permanente issued the City a million dollar grant for a learning series featuring food nutrition to a depressed area. After making a totally random chance meeting with an anonymous city government supervisor, the advertised series on food education has disappeared from the City's website menu. Make the jump to see why this may be a good thing.