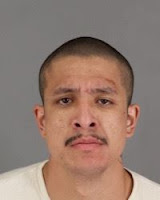 Lake Elsinore CA - On January 8, 2021, at about 11:00 PM, patrol Deputies responded to a report of a Carjacking on the 29000 Block of Lupine Hills Drive, in the City of Lake Elsinore. The Victim reported her car taken at gunpoint, the suspect was later identified as Carlos Venegas. The 25 year old suspect and resident of Lake Elsinore was taken into custody after a short vehicle pursuit. A weapon was located in the vehicle, along with the Victim’s personal property.

This is an ongoing investigation. Anyone with additional information is encouraged to contact Deputy Jimenez at the Lake Elsinore Sheriff’s Station (951) 245-3300.

As a reminder, "Community Policing" involves partnerships between law enforcement and community members. Business owners and residents are encouraged to report criminal activity directly to law enforcement by calling Sheriff's Dispatch at (951) 776-1099, or by calling 911 if the matter is an emergency.